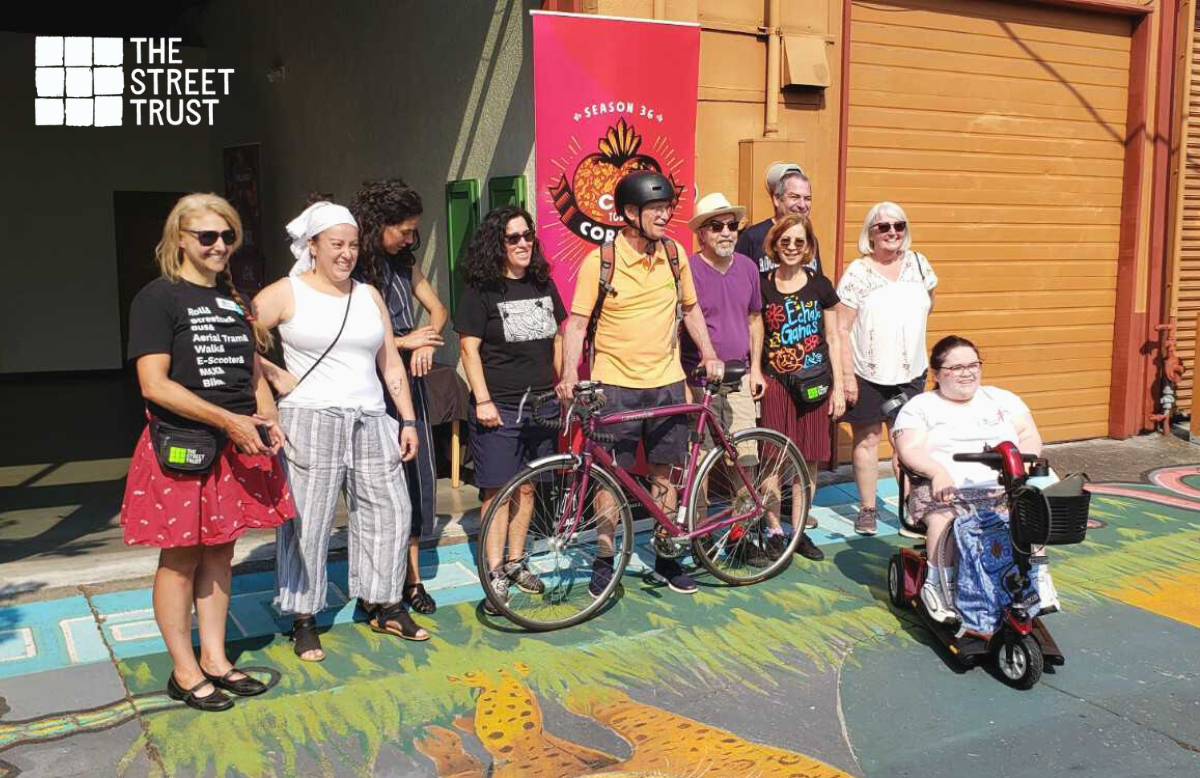 Back in February, Willamette Week created a “25 Reasons to Love Portland” Valentine to this place we call home. Number seventeen was,“Because Portland Is Building Bridges for People, Not Cars.” In it, The Street Trust explained why we’re smitten with carfree public infrastructure investments like Flanders Crossing and the Blumenauer Bridge. They’re important from a transportation perspective for sure, creating safe, comfortable connections for people walking, rolling, and biking across parts of town that were previously noisy, stressful, and dangerous. But they’re also important for cultural and socioeconomic reasons.

Talk is cheap (just ask Portland’s 2030 Bike Plan), but what you spend your money on speaks volumes. And taking care to leverage public projects to get three or four bangs for each buck says a lot about the quality of governance in a place. Transportation wonks might think about these investments in terms of design and timeline, but what the general public sees are the promises we’re making and whether we’re making good on them.

So what are Portland’s carfree bridges promising?

Carfree bridges such as Flanders Crossing, Blumenauer Bridge, and even Tilikum Crossing are indeed small compared to their gargantuan and overpriced car-centric counterparts (looking at you Interstate Bridge, ahem); they set the bar high for our transportation future and make good on our promise to realize a healthier, more just, and sustainable future.

On July 31st, The Street Trust and friends from Teatro Milagro, Go Lloyd and other fans of active transportation celebrated the opening of the Earl Blumenauer Bridge with the Bowtie Congressman.

Enjoy a few photos from the historic event!